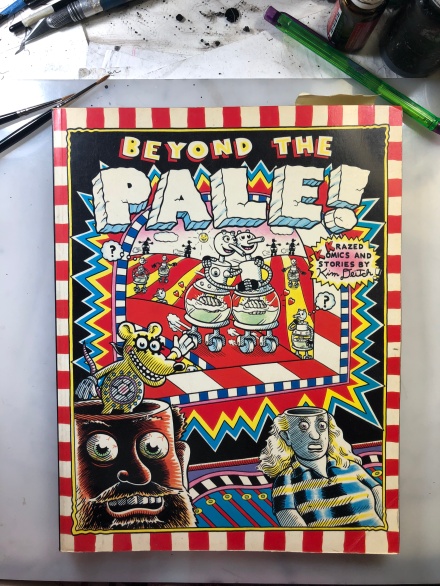 Pam’s Pictorama Post: Earlier this week a friend and former Met colleague, Melinda Watt, one who I miss since she relocated to Chicago a few years ago, tagged me in an Instagram challenge to post seven book covers over as many days without comment. Since I Instagram frequently and inhabit both an apartment and office surrounded by books I figured what the heck. I started with what I was reading (a Judy Bolton juvenile mystery, but more about those guilty pleasures another time) and then pulled the next book off of the pile next to the bed, The Motor Boys on the Border. 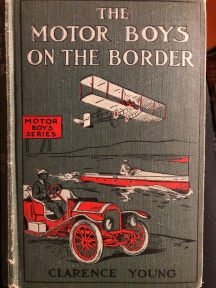 Then I started going off the rails a bit – the no comment piece was sort of nagging at me. As you probably know if you are reading this, I am chatty by nature and as I posted The Heroine or the Horse, Leading Ladies of Republic Films on day 3 I felt a vague annoyance at not telling the story of how I had found it for sale on the street in front of Argosy Books several days earlier while running around for work, and snatched it up for Kim – and that by coincidence we had watched several Republic films over the following weekend. (Clearly vital information.) However, I did enjoy the commentary by folks on the post and snuck my snippet of a story in via the comments. 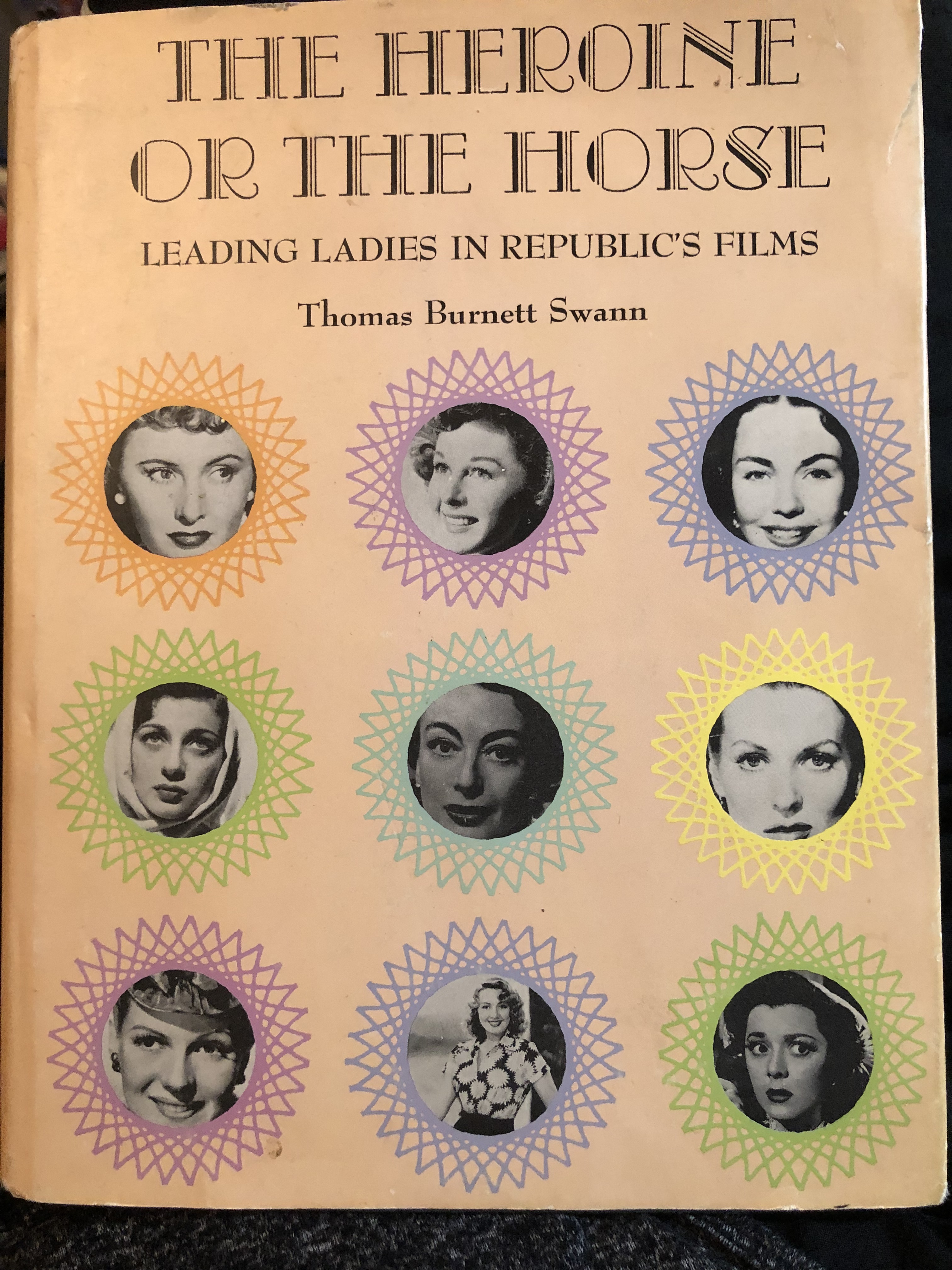 So the next day I decided I would post Alias the Cat. While I could easily write volumes about the place this book has in my heart and life, I also felt that as book covers go which could speak for themselves it was an excellent choice, and not to mention that it is always a fine idea to promote the family product here at Deitch Studio. I posted it and I thank Instagram compatriots for all their nice comments and continued generous likes.

The much beloved Alias the Cat where I step out as a character!

Earlier yesterday I also posted the sad news that Leslie Sternbergh Alexander died. I didn’t know Leslie and her husband Adam especially well, but over the course of more than a decade of openings and parties we were a part of each other’s world for many years. We first met over the duration of a seven year stint of my dating Kevin, Art Director for Screw magazine and comics fan who pre-dated Kim in my life, but I saw more of Adam and Lesley after Kim and I got together. They were fixtures at a certain kind of gathering and the premature passing of the second of them is mournful for the comics community. Leslie was a gifted artist whose work I felt like I never saw quite enough of, but who seemed to inhabit a life that was really her art. Yesterday Kim shared a story with me I hadn’t heard about how they had denied him my phone number when he heard that Kevin and I broke up. This was a bit of a running joke as no one in the comics community would give up my number until our friend Carol Lay jumped ranks and provided it. I hadn’t realized they were among the withholders. 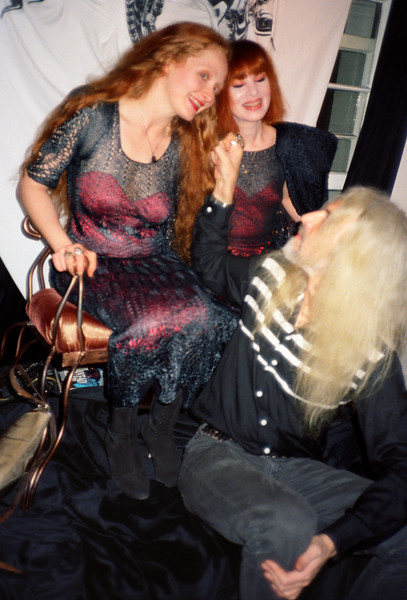 Leslie, on left, and Adam

For this reason, over the last 24 hours my mind has been dwelling on the early and mid-90’s – people and parties and how it all ultimately took my life on a course I couldn’t have foreseen. When I woke up this morning and I had a look at Instagram and thought about books again, Beyond the Pale came to mind. So in complete defiance of the no comment rule of the Instagram challenge, I bring you the tale today.

Back in about 1990 I was wandering around in a bookstore I used to frequent on Madison Avenue in the 70’s, Books and Co., which was a delightful way to spend an afternoon. (This bookstore, memorialized in various films as the prototypical bookstore, is still missed today by those who knew it. I was a tad intimidated by it and rarely went upstairs as a result. However its disappearance left a hole that I occasionally poke at – like a missing tooth.) As I was perpetually broke at the time, my purchases were spare but the enjoyment of the selection process was a pleasure to be savored. One day I found several copies of Beyond the Pale remaindered and I purchased one for $2. What to say about a $2 that changes the course of your entire life?

Books & Co. as I remember it. This image snatched off the internet.

My then boyfriend Kevin had introduced me to the world of underground comics. I can’t say I was an especially astute student. Mostly I either found the art interesting or, less often the writing, but virtually never both. There were exceptions – Art Spiegelman’s Maus for one, a few other things. Suffice it to say however, I wasn’t getting it. However, as a devoted girlfriend I continued to try as Kevin was utterly devoted to them and found them endlessly fascinating.

Beyond the Pale, an early anthology of Kim’s work published by Fantagraphics, was different and I saw that immediately. I loved the art and how there always seemed to be something new in it each panel every time I looked – the stories took me happily down a rabbit hole of one kind or another, sometimes unsure where reality left off and fantasy started. The drawings were a visual aesthetic that rang a bell deep in my brain and the stories told of a fascinating world just outside of view, one I realized I had always wanted to visit. I took it home and devoured it. Reincarnated potatoes! Clowns, Big Billy Goat, chess playing marvels – tales of the asylum where Kim once worked, and of course early cartoons! This was where I wanted to live! 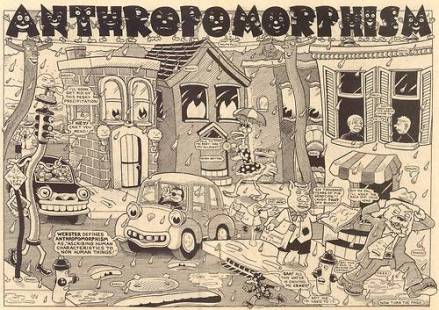 Fold-out page from Beyond the Pale

Republished in Beyond the Pale 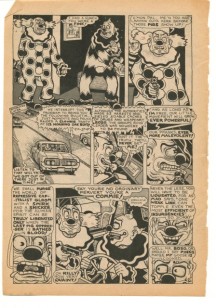 I finally understood the appeal of this graphic form marrying the visual and the written – I got it. I went back and bought the remaining copies (two as I remember) and gave one away and kept the other until it too was eventually given away. I began raiding Kevin’s collections for snippets of Kim Deitch work. It was never quite as gratifying as the deep dive of an entire book, but Kim is prolific, Kevin’s library was pretty complete, and my ferreting paid off over time.

I was an official Deitch fan by the time I met Kim in person at an exhibit Art Spiegelman was having at a gallery on 57th Street a few years later. It was an evening with the comics crowd in full regalia. However I only remember meeting Kim and his brother Simon, and finally putting a face and person with the comics I liked so much. They were living in Westchester at the time and as a result were not all that frequently present at these Manhattan openings and parties. I liked talking to him though (he was as interesting in person although somewhat laconic – I was afraid of Simon) and in a compulsive way which is part of my nature, I began to look for him at each gathering, considering it a bit of an event if I saw him and spoke to him. The full progression from fan-girl to girlfriend and then later wife will require additional posts – it was a progression that took a number of years and a few turns before that happened. I now happily inhabit an entirely Deitchian world and there is no place I would rather be.

So today I take a moment consider this particular volume and how that $2 investment  took me down a path that I could not have possibly foreseen at the time – which is after all the way life is wonderful. Meanwhile, with this very long post, I have certainly subverted the Instagram challenge with its cover only pretensions.

My copy of Beyond the Pale, with the original $2 price on the inside cover.