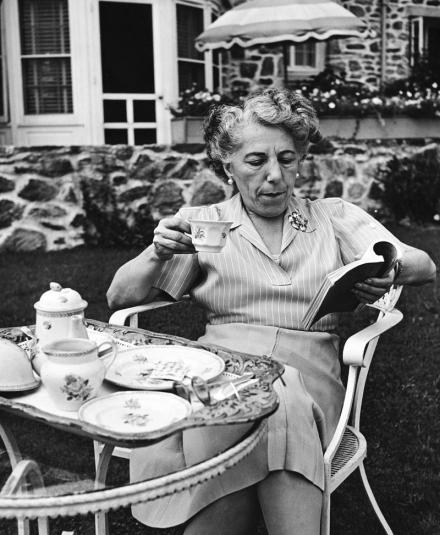 Interesting photo of Edna from the 1940’s, snatched off the internet

Pam’s Pictorama Post: I have always been a voracious reader. From the time I first mastered the skill, I delved deeply, deliciously and happily into a never-ending parade of books. I started with what we would today call young adult fiction, but quickly found my way to the broader world of fiction where I have largely wandered around delightedly ever since. I am, almost exclusively, a reader of fiction – straying into non-fiction only often enough to prove the rule.

I like to read books in order if they are a series, and it is annoying to me to not be able to start at the beginning and move forward – I also am irritated by gaps; I am a completist. This is sometimes stressful when reading old and somewhat obscure books which required hunting down, purchasing. (See my post on Grace Harlowe, the Automobile Girls and the Moving Picture Girls Novels which can be found here.) When I was younger I was fairly strict about reading one book at a time. These days I am likely to have an audio one going at the gym, a few available to me on my phone and iPad, and at least one in physical form. Those last ones generally reside next to the bed in our tiny bedroom a waxing and waning pile on my side. (Kim’s side of the bed requires its own future post, with high, towering piles which threaten to bury us in a Collier brothers type demise.) The audio books tend toward lighter fiction, short stories on my electronic devices and more serious fiction preferred in book form.

I would like to note here that I am an escapist in my reading. I shy away from the tragic and generally use my reading as a way of relaxing and shutting out the world. By my own definition, I read a combination of trash and good writing – classics, juveniles, comics – my own media feed of entertainment which follows my nose. I keep lists of books on my phone, on Amazon and on my Audible account so I don’t lose track of what crosses my path out in the world which I may wish to eventually devour.

I took on Edna Ferber last summer. I began with her short stories and a short novel and devoured them, finishing with the novels I had not read in my youth. Let me state for the record – she is one hell of a short story writer. Each story is a little gem of character development. The plots are simple, but not annoyingly so, and the stories have the added attraction (for me anyway) of being miniature time capsules of her day. She wrote very much of her world and the time she was living in – a very contemporary writer. Her stories, often but not by any means always, written from a women’s perspective frequently examine the changing, but often still confined and limited, role of women as the 20th century in this country really got rolling.

Most compelling for me in some ways are the stories of the women who made up the force of nannies, cooks and house keepers for Manhattan’s wealthy of the time – a live-in work force which peeled off to their other homes in Harlem and (my beloved home) Yorkville on the rare day or evening free. Often we get both sides of those stories – Edna was as able to write about the wealthy (so successful was she as a writer and screen writer, that she eventually joined their ranks) as well as the working class – and occasionally even the middle class folks on their way up and down the economic ladder.

It was the working class and the young and making their way in the world folks that she is at her best with in my opinion. One story that stayed with me Sun Dried, a collection called Buttered Side Down (1912) is about a young woman who comes to New York to become a writer and what happens to her as she sits on the roof of her building drying her hair. (Yes, a quaint idea but not uncommon in the days before home hair dryers and a women’s fashion that valued long hair, piled high on the head, for women.)

Edna (born in 1885 and died in 1968) made a study of people and that, combined with experiences from her own life, inform these stories and color them deeply with detail and immediacy. She was an excellent observer of people and their habits – had suffered a certain amount of anti-semitism herself which seems to inform her perspective as a loner and outsider.

Project Gutenberg provided me with (free no less) download access to much of Ferber’s earlier volumes of short stories and the novella, Dawn O’Hara: the Girl Who Laughed, published in 1911, all of which are a bit scarce in their non-electronic form these days. Kim kicked off the Ferber fiesta with a sampling of her series about the corset saleswoman, Emma McChesney. He hated it. Nonetheless, it caught my imagination, although I am willing to admit that those are indeed the lesser of her short stories they got me hooked. It was the early collections such as Cheerful by Request and Roast Beef, Medium which earned my deep regard. I believe I gobbled up all of the collections of her story, although perhaps a few of the uncollected stories escaped my dragnet and will come my way eventually. I do hope so.

Edna divides her attention largely between the greater Chicago area of her youth and New York City where she eventually sets up shop so to speak. Some of her stories take the occasional trip to Europe, Gigolo comes to mind, the same way she herself periodically made the tourist tour of the Old World. A partnership with George S. Kaufman produced plays and screen plays, some which became beloved films, such as Dinner at Eight and Stage Door.

Her novels, numbering more than a dozen, also contribute more than their share to cinema and musical history. Show Boat, Giant, So Big, and Saratoga Trunk are among those that come to mind. The novels are very different fare and I have read almost all of them. The good ones are great – So Big, Show Boat and Saratoga Trunk – are tops and sparkle with the best of her work. But I found the novels to be a mixed bag. Generally, even the good ones, lack the cunning and often mordant character development of her short stories.

Edna traveled with me to and from New Jersey all summer as I visited my father in hospice. It was often Edna I read at his bedside if he was asleep while I was there. I read her novel about Alaska (Ice Palace, 1953, – very disappointing for me actually, suffered from very two-dimensional characters, and I love a good Alaska story) while trying to recover from a miserable summer cold which plagued me from July into August.

I spent part of one night on our couch with a cough induced insomnia, giving Kim a break from my endless hacking, dosed with NyQuil and reading the bits of her autobiography that interested me. (She wrote two and we had the earlier one, A Peculiar Treasure, in the house thanks to Kim.) In short, Edna’s voice colored and calmed me both through the terrible and the monotonous over that long summer.

By fall I was working my way through some of the remaining novels – Saratoga Trunk traveled with me as I made my way to and through California with the orchestra, reading it on the bus and backstage at various times. I adored it and remember wishing it would last longer. (I am a fast reader and flights across country or internationally require several books.) A less successful book about a Connecticut family also consumed this fall, American Beauty, 1931. I did find her hit or miss on some of the novels. Giant, which I finished over the holiday season, was middle of the road for me. It wasn’t a favorite, but it was very readable and well written. Although I will never think of Texas exactly the same after reading it.

There are still a few scraps for me to read if I can track them down. Of the novels Cimarron remains. I recently read a book of short stories by Fannie Hurst, who certainly worked the same side of the street on short stories at the same time. (She too enjoying the voracious appetite of the theater and cinema for consuming her work.) The short stories were for me just that bit more maudlin, the characters a bit sodden and sentimental – missing the sparkle I am afraid. I will give her novels (Imitation of Life and Back Street among them) a try and see what I think of those. If I find anything of interest I will, of course, let you know.