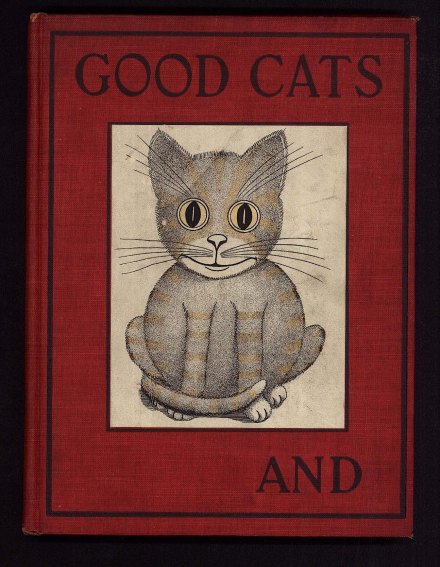 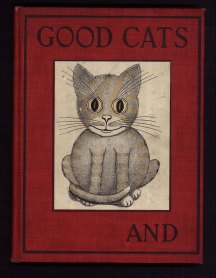 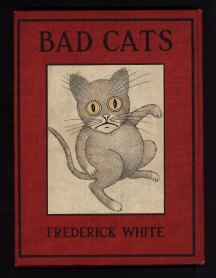 Pam’s Pictorama Post: Okay, still rounding up the last of what was a Pictorama perfect holiday season with more magnificent gifts than I could have imagined! (We are indeed fortunate over here at Pictorama!) This entry is an extraordinarily thoughtful gift from a colleague at Jazz who clearly understands the Pictorama ethos. I am just mad about this little volume, the likes of which I have not seen before. For those of you who are wildly jealous (you will be) I will tell you that a less charming reprint seems to be available, but this original version seems far less easy to obtain.

In case the book itself was not perfect enough, the inscription, in pencil and dated Christmas, 1911, takes it over the top. It reads, To my good Kitten (and then in tiny script underneath which is hard to read) who is sometimes just a wee bit bad. Who wouldn’t love that? The volume, published by Frederick A. Stokes Company (September 1911 so this was hot off the press at the time) is author dedicated thus, To FUZZY WUZZY a Perfectly Good Cat Except WHEN SHE IS BAD or (as is usually the case) UTTERLY INDIFFERENT.

What follows are these wonderful cat illustrations and a volume that is one part children’s book, written entirely in rhyme, describing first a good kitty and then the naughty bad kitty: 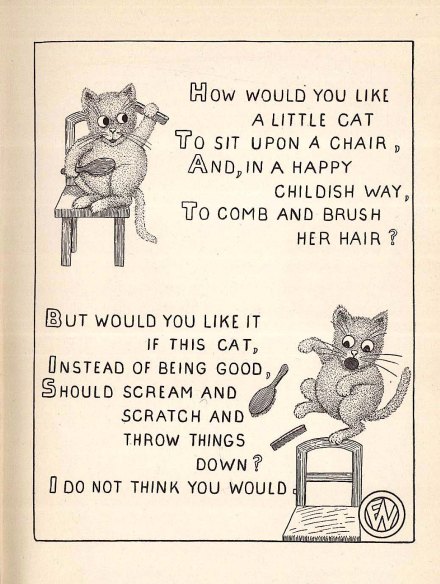 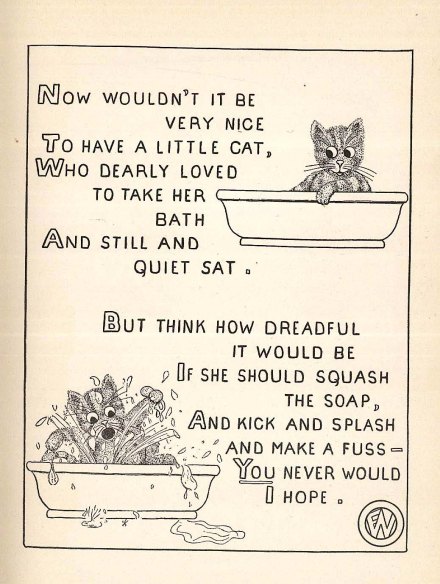 But at times it becomes an actual comic strip: 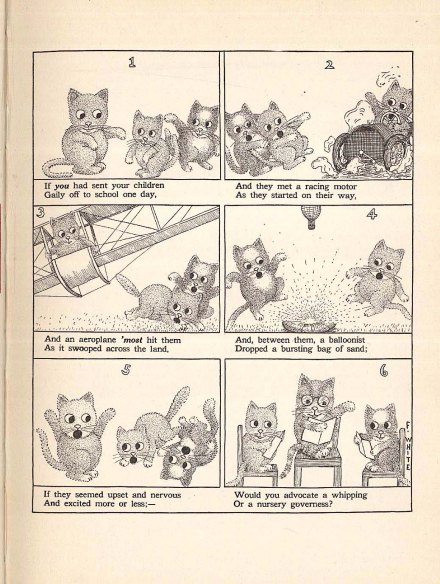 There are also these sort of splendid full pages that seem to be something all their own: 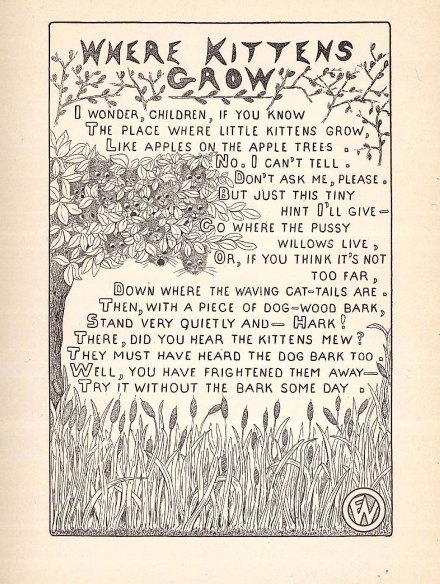 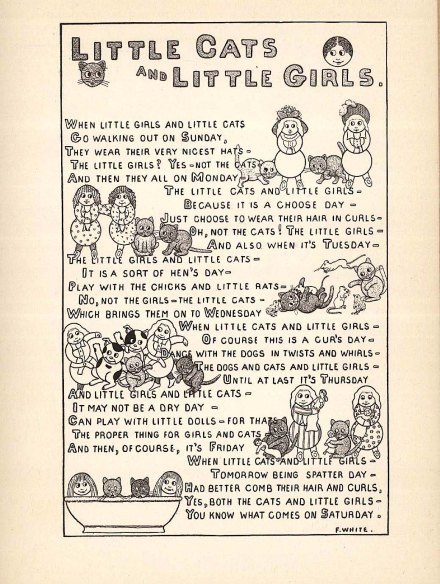 Alas, while we all aspire to being a good kitty, who among us does not as frequently identify with the bad?

Finding information about author/artist Frederick White tested my amateur sleuthing skills mightily and just about when I was ready to turn the question over to you, my erudite readers, I teased out some information from Mr. Google at last by searching his name and 1911 under comics. Born in Queens on December 4, 1869 he seemed to be a journeyman cartoonist, although the artistic trail sort of peters out as you will see below. The real information I found comes from the excellent work of fellow blogger Allan Holtz over at Strippers Guide. I quote from him and link to him below (all these links in color from his blog work) where further information can be found:

The Christian Register, January 2, 1908, reprinted White’s verse, Bill, a Cheerful Dog. Apparently it was the basis for the 1908 book from Holiday Publishing. The book was well received by The Presbyterian Banner and American Motherhood.

White created Good and Bad Cats for the News Syndicate which ran it from November 6, 1910 to March 19, 1911. The material was compiled in a book by the Frederick A. Stokes Company in 1911. For the NEA, White produced Kute Karols for Kitty Kats which debuted January 1, 1912. The Day Book (Chicago, Illinois) printed White’s Nine Lives of Kitty Kat from February 5 to 14, 1912. The Boston Globe published White’s Edie and Eddie from August 22, 1915 to March 19, 1916. Edie and Eddie also appeared on the inside back covers of Everyland magazine in the 1920 issues for January, February, March and May.

An interesting aside I enjoyed further is that the last home listed is with his sisters at 45 East 85th Street (between Park and Madison Avenues) a few short blocks west from the perch where I write from right now here on 86th Street, near York Avenue. 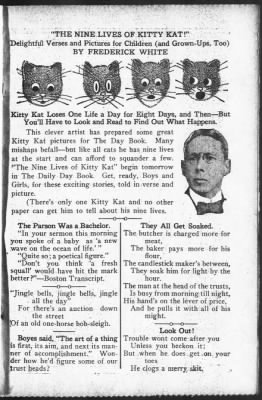 Ad for The Nine Lives of Kitty Kat! in the Daily Day Book.