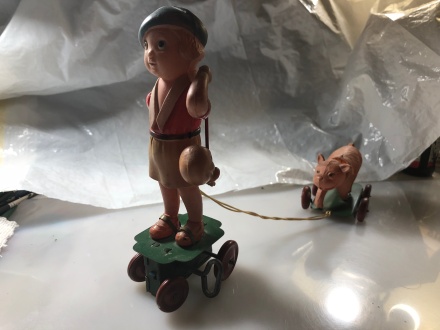 Pam’s Pictorama Toy Post: My interest in toy collecting actually did not begin with cats. My first toy purchases were battery operating and wind-up toys. Some of these were purchased for my then boyfriend, Kevin, as gifts and ultimately one or two for myself. I have written a little bit about this period of collecting in my post Happy Life Toy (can be found here), which consisted of haunting a now long-gone toy store called Darrow’s on the Upper Eastside of Manhattan. My early fascination with those toys was all about their movement – funny drinking bartending men or tin monkey; a car with Japanese tourists taking photos. A great toy was entirely defined for me by its movement, some of which I would just delight in at times.

I knew that today’s toy was no longer functional when I purchased it, but somehow even just visualizing the movement captured my imagination. It is a wind-up toy. This little girl in her attire of the late ’30’s early 40’s, a somewhat grown-up outfit as well, is hitting the road, her beret over one eye, her bindle over her shoulder, and her dog following on a leash. The arm with the bindle would have gone up and down, and the dog (who has a charmingly piggish appearance) is a “nodder” and his head would have bounced up and down as they rolled forward. I am sorry to say that the action does not kick in even if you roll it forward manually. 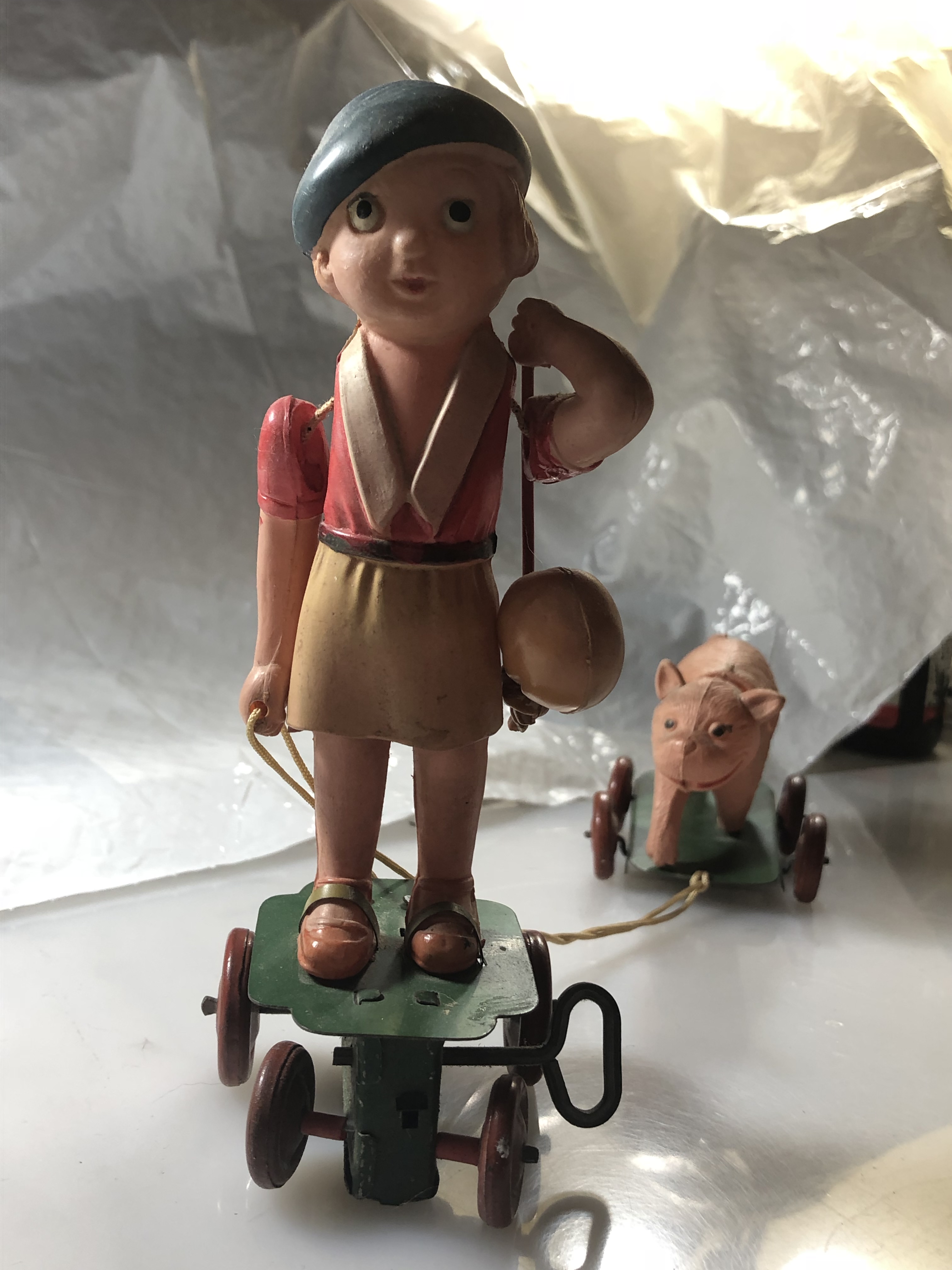 Meanwhile, I have also written about a wariness around collecting celluloid toys, those made of the early fragile plastic which disintegrates before your eyes when exposed to heat or light, which can also shatter or dent easily. Somehow I have always felt that my life is a bit rough and tumble for collecting in this category – that it should be the province of those with glass doored cabinets and the like. Paying a substantial amount of money for something this fragile makes me a bit nuts. Still, the occasional piece slips in under the wire and today’s post is one. There is no maker’s mark I can find on it, and I have never seen it or a similar toy before. She does bear a Made in Japan sticker, jauntily applied to her bottom as shown below, it is also embossed on her back.

Kim and I agree that there’s something harking to Little Orphan Annie about her – or maybe it comes to mind because Kim is reading his way through those strips right now. However, it cannot be denied that she is a plucky little girl, off to take on the world with her faithful dog friend, just like Annie. 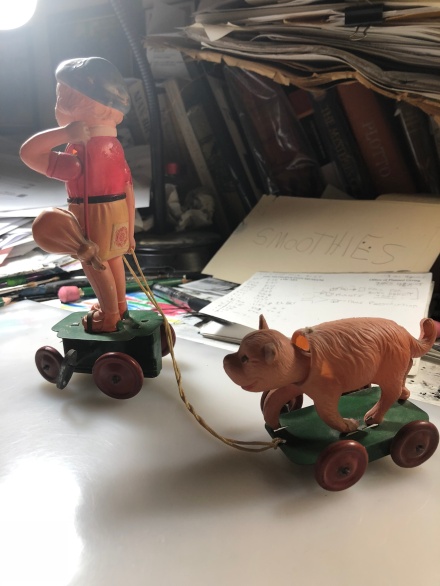