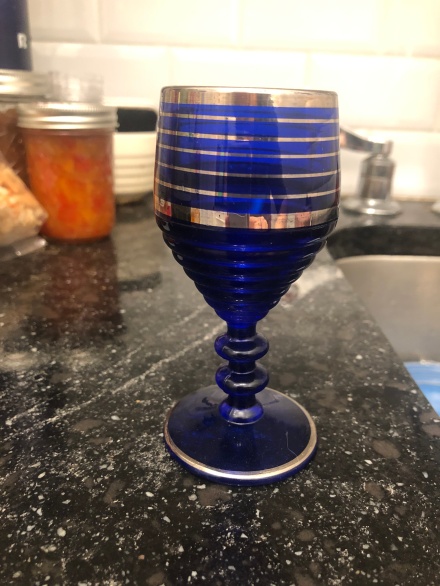 Pam’s Pictorama Post: One of the facts of living in a small space is that you routinely have to make decisions about what you can and cannot acquire or keep. Since I have lived my entire adult life in studio apartments, this is pretty much just the way it is. The very existence of this blog, chock-a-block full of toys and other precious detritus, proves that I have never wanted for stuff, but despite that decisions are constantly required. A few years back I wrote a post bemoaning some rather large items that had crossed my path which I was unable to provide a home for, much to my chagrin. (That post, Close Quarters can be found here.)

Most disappointingly, living in a small space meant that when my grandmother and then my parents, were moving to smaller quarters I was not able to absorb more of the familiar and treasured items as I might have otherwise. You could, probably rightly, argue that I saved myself a lot of trouble by not accumulating more things than I would ultimately be able to use. In particular though, I smart a bit over the cuckoo clock that I loved as a child which I considered taking. The reality of it was that it was much larger than I remembered and also had the potential for being quite loud. Sort of anathema for a tiny space.

Instead, I gathered a smattering of items. I have already written about a glass made of red and white spatterware that used to sit in my grandmother’s kitchen and was beloved by the entire extended family.  (That post Ann’s Glass can be found here.) Unlike that glass, some of the items that turned up were not ones I was familiar with from my childhood in her house. Among those was a small set of these glasses.

I assume these were meant for cordials of some kind as they are fairly tiny. The color would have been irresistible for my grandmother who loved all things blue. I wish I knew the story behind her acquiring them because I can barely remember her consuming a glass of wine. I can only imagine they were from a long ago time when the family might have gathered and a variety of drinks served. Or perhaps they were just too pretty to resist, although frankly that was not her style – things were practical and got used.

Cinzano? Vermouth? The former seems possible for that Italian side of the family, the latter less so. These were not sophisticated, nor even regular drinkers. Sherry? Perhaps. Somehow I had reached a ripe adulthood before an elderly friend gave me a bottle of Tio Pepe sherry, her favorite.

The first time I ever had sherry was at her house. It is, in my opinion, an acquired taste but it did grow on me. And, upon the receipt of that bottle I decided that this was an ideal use, as such, for these glasses. However, following largely in the footsteps of my ancestors, I am not a regular drinker and therefore these glasses languish a bit in my cabinet, as does the sherry. However, just to see them each time I open the cupboard gives me pleasure and although it vaguely violates my use it or lose it philosophy around dishes. They are exempt.